again Frankie & I took turns playing each other songs. this time we visited the 90's. he was in Canada and I was in India.


city of angels was one of my favourite movies as a teenager. and I had the biggest crush on Nicolas Cage.)

My favourite commercial from the 90's.
It feels like yesterday when this commercial came out and my jaw dropped. Those of you who grew up worshiping MJ will know that this is a recreation of his EPIC 1987 slam dunk contest win. 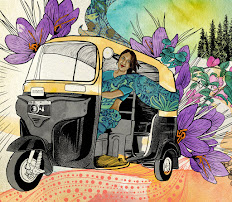